The world of Garnet is not just vast and colourful beyond imagination, it is also associated with myriads of interesting phenomena that throws much light on its intricacy and uniqueness.
The term ‘garnet’ is used to describe a large cluster of rock-forming minerals, where all the garnet species share the same crystal structure and physical properties but differ in their chemical composition.
Gemmologists have identified six garnet species; pyrope, spessartine, almandine, grossular, andradite and uvarovite. However, mineralogists claim to know about more than 30 others.
Garnets are divided into two main solid solution groups; the pyralspite and ugrandite.
Pyrope, spessartine and almandine constitute the pyralspite group whereas uvarovite, andradite and grossular make up the ugrandite group.
AG & Sons takes pride in their beautiful collection of garnet jewelleries.
We believe that a piece of jewellery should look stunning from every angle and it is this belief which has led us to be the perfectionist we are widely known for.
Our garnet jewelleries are not just uniquely designed but are also architecturally spectacular.
But before we divulge into our collection further, let us take a look at the history, its sources, its formation and the various properties it is blessed with.

The History and Lore of Garnet:

Garnet has a long and intriguing history that goes thousand of years back.
Garnet jewellery surfaced from the Egyptian, Greek and the Roman ruins.
The Red garnet necklace was used by the Egyptian Pharaohs to adorn themselves.
They were also used for ceremonial purposes, wherein the garnet jewellery was buried with their mummified corpses. Garnet ring was worn by the Romans who also traded the gemstone.
The ancient Jewish text the Talmud divulged that the only source of light on Noah’s Ark was from a garnet. Back in the olden days, garnet was used by travellers as a talisman and protective stone.
Interestingly, garnet was also used as bullets by the Asiatic warriors as they were believed to inflict a more severe wound than even the lead bullets.
In the ancient times, the term carbuncle was widely used to identify the red garnets though it was simultaneously used to refer to any red stone.
The finding of the Bohemian garnet deposits in Central Europe led to increased availability of red garnet which eventually found its way to the regional jewellery industry.
Until the 19th century, it was regarded as the world’s largest source of garnet. Garnet’s popularity reached its peak in the 18th and 19th century in Europe.
Their use in the Victorian era was also very rampant and one could see a surge in the garnet necklace, garnet bridal set ring, garnet eternity ring, garnet earrings and garnet ring.
The discovery of the bright green grossular garnet in East Africa in late 1960’s and the fiery orange, spessartite garnet on the Angola-Namibian border in the 1980s further led to its widespread popularity and use.
The term ‘garnet’ has been derived from the 14th-century Middle English word ‘gernet’, which implies ‘dark red’.
It is believed to have come from the Latin granatus, from ‘granum’ which means ‘seedlike’.
In all possibilities, this refers to ‘mela granatum’ or what is also known as ‘pomum grantum’ or ‘pomegranate’, the fruit of which contains bright red seeds, similar in shape, colour and even size to some types of garnets.

How are Garnets Formed:

The garnet which we today use in engagement rings, bracelet, eternity ring and bridal set ring are mostly found around the world in sedimentary, metamorphic and igneous rock, they are also found in subsurface magma chambers, volcanic eruptions, lava flows, etc.
Garnet found near the earth’s surface take birth when a sedimentary rock of high aluminium content, is confronted with intense heat and pressure, which eventually produces gneiss or schist.
One can also find them in the soils and sediments of weathered and eroded garnet-bearing rocks. 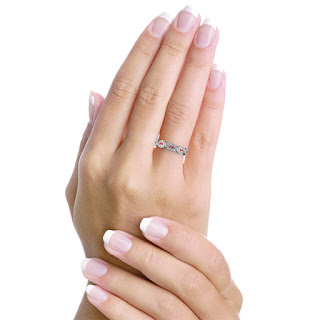 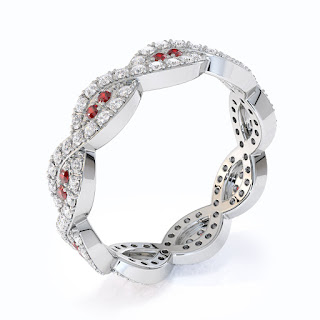 The largest supply of garnets today is found in the continent of Africa. India, Brazil, United States and Soviet Union are other sources of garnet.
Garnet is basically found all over the world. However, different types of garnet occur in different places. Yet, unparalleled stand the beauty of rings, pendant, bridal set, earrings, necklace and bracelet made out of garnet.
The major sources of almandite for example are India, Mozambique and Brazil.
Rhodolite are sourced from Tanzania and Sri Lanka.
The Demantoid garnet comes from Russia and Namibia. Spessartite is found in Zambia, Nigeria, Madagascar, Namibia and California whereas Pyrope is largely found in Thailand, India, Sri Lanka and Brazil.

Speaking of colours, garnet is widely associated with a rich deep red.
In fact, not many are aware that garnet comes in a plethora of other colours like green, yellow, orange, purple, pink, clear white and even in fine earth-coloured.
The colour is primarily controlled by its composition. Garnet is famous for its colour-change phenomenon. They deliver a different set of colours in natural and artificial light.
Colour changing garnets mostly has colours ranging from green to brown to yellow in broad daylight and change to reddish or violet in incandescent light.
Pyrope garnets are purplish-red or orangy red. Spessartine garnet comes in reddish-brown or blackish brown. Andradite garnet can be greenish-brown or greyish black.
Garnet is basically found in all colours except blue. However, owing to the colour-changing factor of the garnet, some specimens may even deliver a bluish colour in very rare circumstances.
Be it any garnet gemstones, you will discern excellent hardness which goes up to 7.5 on the Mohs scale. Garnet gemstone does not possess any cleavage and their unparalleled beauty lies in their high refractive index.
Since garnet contains high concentrations of iron or manganese, a quick way to recognize them is with the use of strong neodymium magnets.
Due to the deep red colour, garnet radiates well as an engagement ring, eternity ring and bridal set rings.
The availability of garnet in other beautiful colours gives you the option to opt for a bespoke necklace, pendant, earrings and bracelet in different colour combination.

Garnet is today hailed as the birthstone for the month of January.
They stand as a symbol of truth, love, compassion, purity, trust and eternal friendship.
They are endowed with great healing properties, as they are known to heal the wearer against health problems related to the lungs, heart, blood and various other infections.
They are blessed with such medicinal powers as protecting the wearer against 2.53poisons, bad dreams, wounds, etc.
They provide relief to people suffering from inflammatory diseases, fever and even haemorrhages.
They even have the ability to cure the wearer of depression and helps to promote the feeling of stability and security.
Garnet’s natural and unadulterated beauty, fiery brilliance, clarity and range of colours contribute to make it a gemstone which every woman will instantly fall in love with.
Garnet is as mesmerising as the sun-kissed colours of a gorgeous summer evening.
It is a gemstone bubbling with enthusiasm and sensuous energy. Its enduring and insensitive nature makes it an ideal gemstone for everyday wear, whether in the form of a necklace, pendant, earring, bracelet or even ring.
A beautiful gift from nature, garnet has already found its way into the wardrobe of many modern women. Needless to say, it is a must-have if you are a gemstone lover.

The collection of Garnet Jewelries at AG & Sons

Our sweeping collection of garnet jewelries is one of a kind.
We have garnet earrings, garnet necklace, garnet engagement rings, garnet bracelet, garnet pendant, garnet stud earrings and the like.
We even cater to garnet bridal set rings which you will perhaps not find elsewhere.
All our garnet jewelries have been designed by our top notch designers who painstakingly work towards making every piece breathtakingly beautiful.
So if you are looking for garnet jewelries, then AG& Sons is the right place for you.
Posted by AG&Sons at 04:25